US Water Use Drops Track Your Diet Without Tracking Your Meals

It’s Farmers vs. Drillers for US Water 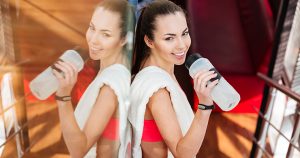 World water supplies are dwindling more rapidly than most of us can comprehend, but it’s not just usage that’s contributing to it. There is a lot of pollution in groundwater, too. In the US, there are more than 80,000 natural gas wells located near water used for drinking and agriculture.

Fracking relies on groundwater resources. It works like this: high pressure drillers shoot powerful chemicals and up to eight million gallons of water into each well to release oil and gas from the shale beneath the earth’s surface. A third of this injected fluid returns to the surface, carrying with it radioactive material. US fracking wells produced 280 billion gallons of waste water in 2012 alone. What’s more, the Safe Drinking Water Act doesn’t extend to fracking fluids, and the dangerous chemicals used in the process can rise into aquifers, contaminating the drinking water. This where online videos of people being able to light their tap water on fire come from! Fracking is a major issue in particular for US farmers who compete with drillers for water, especially in drought-stricken areas like Texas, where fracking-related water use is expected to double in the next decade.

Read the full article here: US Farmers Compete With Drillers for Water