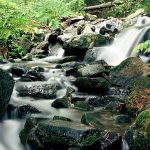 Want to Avoid Fluoride At Your Dentist but Too Afraid to Ask? Here’s Four things You Can Say

​​If you don’t want to have Fluoride as part of your dental treatment then simply tell your dentist. Every dental practice will have alternatives to fluoride readily stocked (Read more here) Your dentist might be bemused by your decision. But more and more people are bringing this up so your dentist should be less surprised […]

Incredible failure of public water supply. How to Poison a US City

On February 2, 2016, in Drinking Water, Government, Health, News, by ukwfstaff

Cut costs for life’s basics at your peril. Look what happened when the Governor of Michigan Sate decided to cut costs by changing to a cheaper water supply (for the poor) https://www.motherjones.com/politics/2016/01/mother-exposed-flint-lead-contamination-water-crisis and what happened next https://thinkprogress.org/economy/2016/02/01/3744770/hundreds-of-union-plumbers-spent-the-weekend-installing-water-filters-for-flint-residents-for-free/

Hydrogen-Rich Water: Drink to Your Health

Research has been shown that drinking water enriched with hydrogen has potential therapeutic health benefits. Hydrogen-rich water can act as an anti-oxidant that can help offset harmful molecules taken in by pollution or excessive consumption of junk food. The studies done at the University of Pittsburgh in the U.S. also show that drinking hydrogen-rich water […]

On December 14, 2015, in Discoveries & Innovation, Drinking Water, by Erik

Researchers the Imperial College London have discovered a new way to eliminate arsenic from drinking water sources. Using a new “smart material” with a zinc base, it is possible to remove arsenic from groundwater sources through adsorption. Read more about this finding here.

Water, Water, Everywhere But Less Than 3% to Drink

When we look at photos from space, the earth looks rich and blue. Many can clearly see that the earth is mostly water on the surface. What many don’t seem to realize that while the earth is very blue, it’s not a life-giving blue. While it appears that the earth is drenched, 97.25% of earth’s […]

With the U.S.’s Environmental Protection Agency pushing for strontium regulation in their drinking water, other world powers such as the U.K. may not be behind. Strontium has been linked to decrease bone strength in individuals who don’t consume enough calcium. The EPA is currently evaluating whether or not to impose a direct rule on this […]

Sussex’s chalk waterways are in danger

Roughly 70 percent of Sussex’s drinking water comes from the chalk waterways, which include more than 50 streams. A World Wide Fund for Nature (WWF) report showed only 20 percent were in good condition, and the WWF wants to see government action. Many of the waterways have been damaged beyond repair, but others can still […]

What’s the deal with fluoride?

While most of Europe does not add fluoride to their water supply, England and Ireland are among the countries that do. Water fluoridation is done to prevent cavities in our teeth, but how effective is it, and what are the dangers of consuming fluoride? Some fluoride is derived from industrial waste and added to the […] 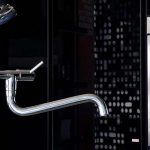 It’s easy to get caught up in the “natural” label. However, “natural” mineral water doesn’t guarantee that it came from a clean water source. Filtering and doing your own research should protect you better than any label.

On December 2, 1984, a Union Carbide Corp factory accidentally leaked cyanide gas into the air, which killed thousands of Indian citizens in the city of Bhopal. Now, 30 years later, the nearby freshwater sources are still contaminated from that accident, leaving many still suffering. The Supreme Court and the U.N. are still looking for […]