Did the Water Charge Change Save Irish Government Face? 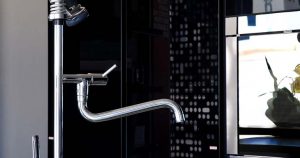 Earlier last week, Environment Minister Alan Kelly announced the new changes in the Irish water pricing system. There are to be two flat rates that will be in place at least until the end of 2018. Single adult homes shall pay 60 euros per year for water and homes with more than one adults shall pay 160 euros per year. Will this pacify the protesters?

While the rates are significantly cheaper than other countries in the European Union, the penalties are huge. Those who don’t pay will receive a 260 euro bill. There are late fees in place adding 30 euros for single adult homes and 60 euros for other homes. While financially damaging, there is so far no plan to cut off water supply if citizens refuse to pay. It appears the government might have saved some face for some, but shows an uglier side when it comes to the penalties. For more on this story, click here:: Confirmed: Here’s how much you’ll be paying for water- and what happens if you don’t