Water Bills to Decrease by 5% in the U.K. and Wales NASA Says California Needs 11 Trillion Gallons of Water

Water, Food, Energy, and How to Learn From the Romans’ Mistakes 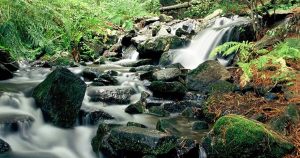 Many of the technologies and methods we use today for our water and agriculture are derived from the techniques left behind by the Roman Empire. Aqueducts, sewers, and baths were prominently featured at that time, but it is the trading network that allowed the Romans to feed and hydrate citizens in drier climes. However, many suggest that was what caused the downfall of the Empire since it ultimately could not sustain an ever-growing population in urban areas that didn’t have the nearby resources.

Sound familiar? As of now, populations are growing throughout cities and energy consumption is higher than ever before. So much fresh water is used for growing crops for a growing populace and so much water is being used for fracking that we are slowly succumbing to a similar fate to the ancient Empire. We should take steps to learn from the mistakes in history and “when in Rome, DON’T do what the Romans do.” For a full article on this topic, click here:: The food-water-energy nexus defeated the Romans. It could defeat us too