6 Easy Ways to Be Healthier – Seacoastonline.com How Humans Get in the Way of Clean Water

‘Our children in danger’ after chemical blaze 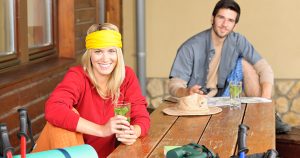 A chemical plant in the French city of Rouen recently experienced a large fire at a chemical factory. Officials said the Lubrizol that caught plant released 5,000 tonnes of chemicals into the area, but the the fumes were harmless. Although, days after the fire, many people in Rouen are experiencing illnesses, and there are several questions about the official report. Locals and environmental organizations think the government is hiding the truth behind the toxins in the air, and there may be some evidence to back up their claim.

“The march, organised by unions and activists, called on authorities to fully investigate the incident at the plant and to share the findings relating to any possible impacts on public health.”