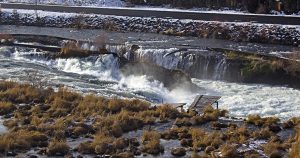 U.N.-Water tasked the World Health Organization to research and report on global gaps in clean water access and water sanitation. While it is mostly agreed by the general populace and the U.N. that clean water is a universal human right, many areas are still being neglected. While major cities are getting attention due to the more condensed population, rural areas have bigger needs.

Despite the gains and progress in the global water crisis, over 2.5 billion men, women, and children in rural areas lack access to basic sanitation services. One billion of that total still practices open defecation due to lack of flush toilets. Additionally, 748 million people that live in those areas also lack drinkable water. This leads to dehydration and disease that kills several hundred million people per year. Bottom line, if we are going to beat the water crisis, focus should be on the rural areas first so that everyone on earth can get basic water treatment. For more on this topic, please click here:: UN reveals major gaps in water and sanitation, especially in rural areas