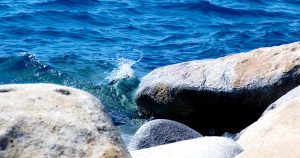 All the bad decision-making that led to the Flint, Michigan, water crisis ought to be a thing of the past for law-makers, a painful reminder that constituent rights and concerns must always be front and center in policy-making, and that trust, once earned, must be re-earned daily, so as not to tarnish.

It would seem these precepts are far from learned in Flint. With little preamble, despite promises to keep the water PODs going, the governing bodies of Flint decided in April that the water in Flint was no longer a threat, as it tested below criteria that legally mandates state action. Pulling the rug over townspeople that used that water regularly signaled, yet again, that their concerns fell considerably below those of governing entities with logbooks for souls. As one documentary filmmaker, taking the emotional temperature in Flint, put it, “I can see that more than pipes have been corroded.”

“Flint’s FAST Start program, funded by state and federal agencies, has set a goal of replacing lead service lines that connect water mains to homes across the city by 2020. As of December 2017, over 6,000 pipes had been replaced, but approximately 12,000 lead service lines were still in place.”