A Revolution in Water Purification 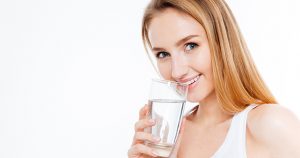 It’s no secret that clean drinking water is in short supply the world over. The World Health Organization reports that unsafe drinking water contributed to nearly half a million deaths in India alone in 2010. Enter Aquavus, a British company with a new technology that desalinates seawater and cleans contaminated water.

Aquavus uses ultrasound technology to “blast impure water into particles of less than 10 microns. These micro-particles evaporate and condense to form pure water,” according to Aquavus leader Paul Rewrie. One unit can produce 3000 liters of clean water a day, which is enough to support 150 people in the developing world. While still in the developmental stages, the system’s alpha prototype proves that the design works, and the company is moving toward licensing the system all over the world. “Our goal is to keep the final products at prices below $1000 for the seawater unit and $500 for the… surface water units,” Rewrie says. At those prices, Aquavus could make a world of difference in developing nations.