How Humans Get in the Way of Clean Water Water pollution: An introduction to causes, effects, solutions

Our planet is drowning in plastic pollution. This World Environment Day, it’s time for a change 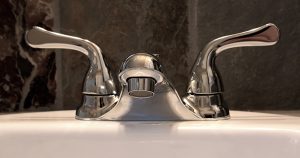 Today’s world is built around plastics, and it’s having a detrimental impact on a global scale. More than half of all the plastic that has been produced since 1950 has ended up in a landfill, not being recycled. As a society, we should not only figure out a way to reduce the use of plastics in the future, but we need a better way to utilize recycled plastics as a resource. As of now, millions of tons of plastic are polluting our waterways, and we have to do something to stop it.

“More than 99% of plastics are produced from chemicals derived from oil, natural gas and coal — all of which are dirty, non-renewable resources. If current trends continue, by 2050 the plastic industry could account for 20% of the world’s total oil consumption.”