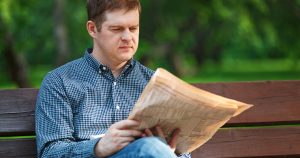 Jeanette and Steven Hanna were the fattest parents at their son’s school. They felt like people were making fun of them and their son so they decided to lose weight. Steven weighed over 20 stone (280 pounds) and Jeanette weighed over 17 stones (238 pounds) in 2009 when they decided to make a change. They lost over 15 stone (210 pounds) together through healthy eating and exercise. They are now certified fitness trainers and own their own gym in Northern Ireland. An 80 year old woman followed their lead and joined a fitness class. Elma Davis loves the exercise because it keeps her young.

“Eleven years ago Jeanette and Steven Hanna, from Dundonald in County Down, didn’t see the point in making any.”