Water pollution: An introduction to causes, effects, solutions Ten ‘stealth microplastics’ to avoid if you want to save the oceans 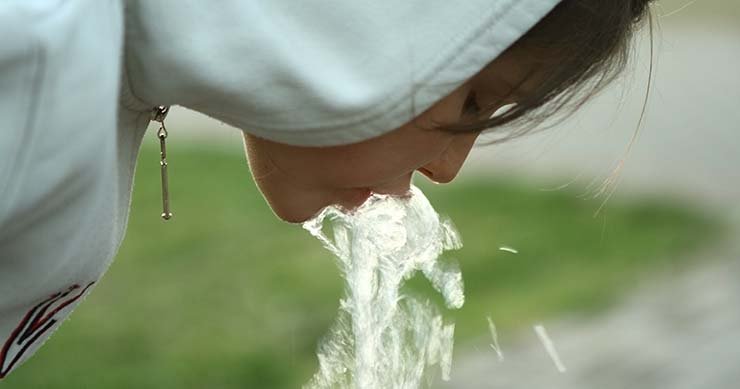 Water is one of the world’s most important substances. Humans can live for 14 days plus without food. But without water we’d all be dead in 3 days.

However our supply of clean, healthy drinking water faces major challenges such as ageing water pipes and environmental pollution.

These have increased the amounts of toxic and hazardous chemicals in our water supplies.

The important thing to note is that these poisons cannot be removed by water treatment plants alone. Further steps are needed to ensure the quality and safety of our water.

Here are 8 of the main issues facing us:

In 2013, the American Society for Civil Engineers reported that most of the drinking water systems in the USA are reaching the end of their working life. The situation is the same in many countries.

According to the American Water Works Association, updating and replacing all water pipes in the country would approximately cost around $1 trillion – an amount that many water utilities simply do not have.

Harmful chemicals from agriculture, pharmaceuticals and even microcystins (nerve toxins from freshwater blue green algae) can enter the water supply, and cannot be removed by water resource recovery facilities.

3) Hazardous chemicals in the environment

Regardless where you live, many hazardous chemicals can be found in the environment.

While some of these chemicals are regulated and have been tested for human use, the scary thing is that thousands are not.

And there is almost zero consideration of what effect combinations of these chemicals might have on us.

This is why we suggest you filter your household water.

Water should not only be filtered for drinking but also for bathing.

This is because, immersing our bodies in contaminated water may be even more dangerous to our health than drinking it.

Compounds contacted by our skin do not pass through our digestive and internal filtration systems, and are directly absorbed into our blood.

Chlorine gas and chloroform, which can be found from unfiltered water, can cause nausea, fatigue, asthma, respiratory tract inflammation and allergies.

Water treatment plants use chlorine or other chlorine compounds like chloramines to disinfect and purify water.

These compounds form DBPs when they react with organic matter such as decaying organisms in the source water.

These byproducts have a toxicity level of more than a thousand times that of chlorine and other contaminants present in water such as fluorine compounds and other pharmaceuticals.

One of the most common disinfection byproducts, trihalomethanes (THMs), are classified as Cancer Group B carcinogens, which have been experimentally shown to trigger cancer cells in animals.

They have also been linked to reproductive health problems among animals and humans, causing abortion, stillbirths and congenital diseases, even at trace amounts.

7) Tap water may be contaminated with unregulated chemicals

In separate reports, the Environment Protection Agency (EPA) and the Tap Water Database of the Environmental Working Group (EWG) revealed that hundreds of substances detected in US public water are unregulated or had exceeded legal limits.

These include toxins which are linked to various health problems such as cancer, central nervous system damage, harm developing foetuses, reduced fertility, and hormonal disorder.

8) Too much fluoride in water has risks

Even at trace amounts, fluoride have been shown to change the activity of the thyroid and the development of the brain among children, resulting in lower IQ.

It can also inhibit the production of energy in our cells and react with enzymes in the body.

Note: only some areas in the UK are fluoridated (see where)

Try to filter your drinking water. The best form of water filtration that will remove almost everything is Reverse osmosis

However try to also filter the water you use for washing. As we saw above, as washing yourself in unfiltered may be even more dangerous to your health than drinking it because chemicals absorbed by our skin do not pass through our digestive and internal filtration systems but are directly absorbed into our blood. To counter this try to get a whole house water filter.